Setting up, selling and shipping products online is getting easier for B2B merchants thanks to a new alliance between UPS (NYSE: UPS) and e-commerce technology company Inxeption. Today, the two companies announced a platform integration called Inxeption Zippy that helps businesses market and distribute their products on multiple online channels, from one secure place.

Inxeption’s e-commerce platform and online product catalog enable manufacturers, distributors and wholesalers to easily set up a company-branded online site to conduct e-commerce transactions. Inxeption then helps them list, market and sell their products to their business customers. Its blockchain-backed technology helps ensure that sensitive information such as contract-specific pricing and negotiated rates are only shared between the buyer and seller.

The integration of UPS as the shipper of choice creates a seamless, end-to-end experience where merchants can view their entire supply chain from product listing to delivery. Merchants can now receive competitive UPS® global shipping, tracking and logistics services with a suite of sales and supply-chain management capabilities for:

“The growth of e-commerce is driving B2B buyers to expect the same fast and convenient shopping experiences that consumers enjoy,” said Kevin Warren, chief marketing officer for UPS. “Working with Inxeption is another way we’re creating innovative solutions that helps small businesses deliver quality service for their customers and succeed in e-commerce.”

B2B e-commerce is evolving fast, with Forrester projecting the market to reach $1.8 trillion by 2023; yet B2B merchants have been slow to adopt online commerce. Most B2B products are still sold through direct sales, third-party distribution, or both.

By integrating advanced technology with global logistics, UPS and Inxeption are turning more B2B merchants into digital sellers and equipping them to drive online sales and grow their top line revenue. In turn, their customers can easily order and receive their products with trusted shipping from UPS.

“We’re revolutionizing B2B e-commerce and bringing companies and their customers together online in a trusted manner,” said Farzad Dibachi, CEO of Inxeption. “This relationship creates simplified pricing solutions for B2B merchants with limited digital marketing and IT resources to easily manage all aspects of selling and shipping from one secure place.” 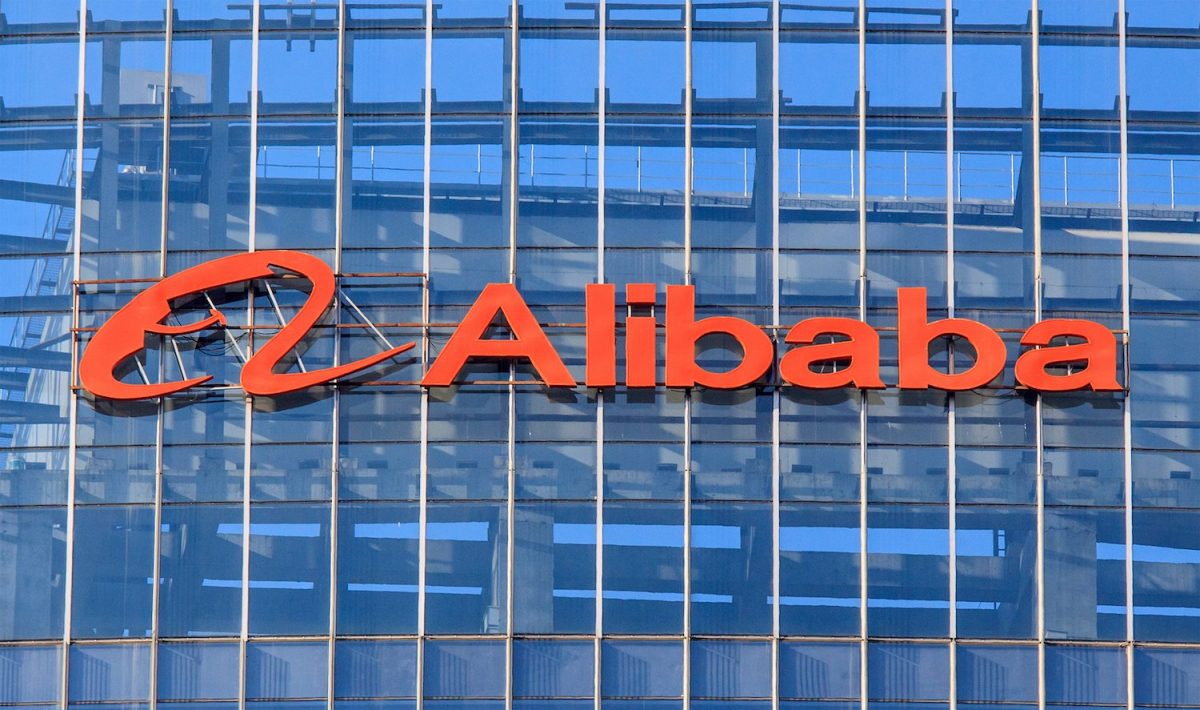 Which way do you think Alibaba wants to go?

Chinese e-commerce giant Alibaba has been exploring the use of blockchain technology to speed up international payments, according to a new patent filing.

The patent application – “A System and Method That Adjusts Account Balance on a Blockchain” – was filed with the China State Intellectual Property Office in January of this year and was revealed on Friday.

Aimed to tackle the broad concept of adjusting account balances over a blockchain, the company explained how the system could be used to facilitate cross-border transactions that specifically involve a third-party payment vendor.

For instance, the document said that third-party payment services and their banking partners in different regions will all function as nodes to form the envisioned blockchain. Subsequently each node will maintain a ledger of user balances, reflecting accounts in third-party payment vendors’ mobile wallets.

When a transaction request is initiated, the nodes would verify the user’s account balance, taking into account any legal compliance procedures that must be followed – a process enforced by triggering smart contracts encoded to the blockchain, the patent says.

The nodes would then update the balance of the users sending and receiving the transacted amount in a decentralized way, thus eliminating the need for an intermediary and avoiding the resultant delays in transaction time, according to the document.

Although Alibaba didn’t explain how or if it intends to apply the system commercially, the document was published just days after the company’s payment affiliate Ant Financial announced the launch of a blockchain-based remittance service.

As reported by CoinDesk, Ant Financial said it is now using a blockchain-based system to allow Alipay users in Hong Kong to send money to residents in the Philippines via a third-party payment vendor, and with Standard Chartered as the banking partner.

Read the full patent application below: 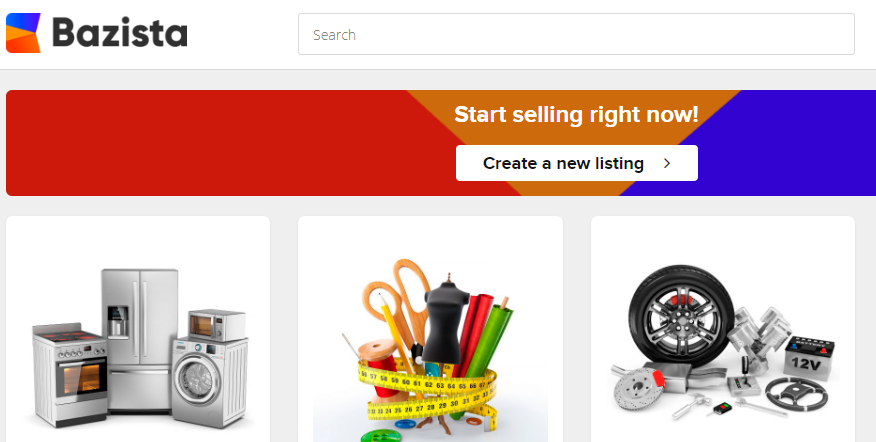 Bazista is an online marketplace which aims to bring down e-commerce barriers through deep integration of decentralized money as a payment instrument. E-commerce democratization, that Bazista empowers, stands for unlimited access to the global online trading for millions of small and micro businesses around the world

Learn more about Bazista and future opportunities to invest.

More about Bazista, a next generation marketplace 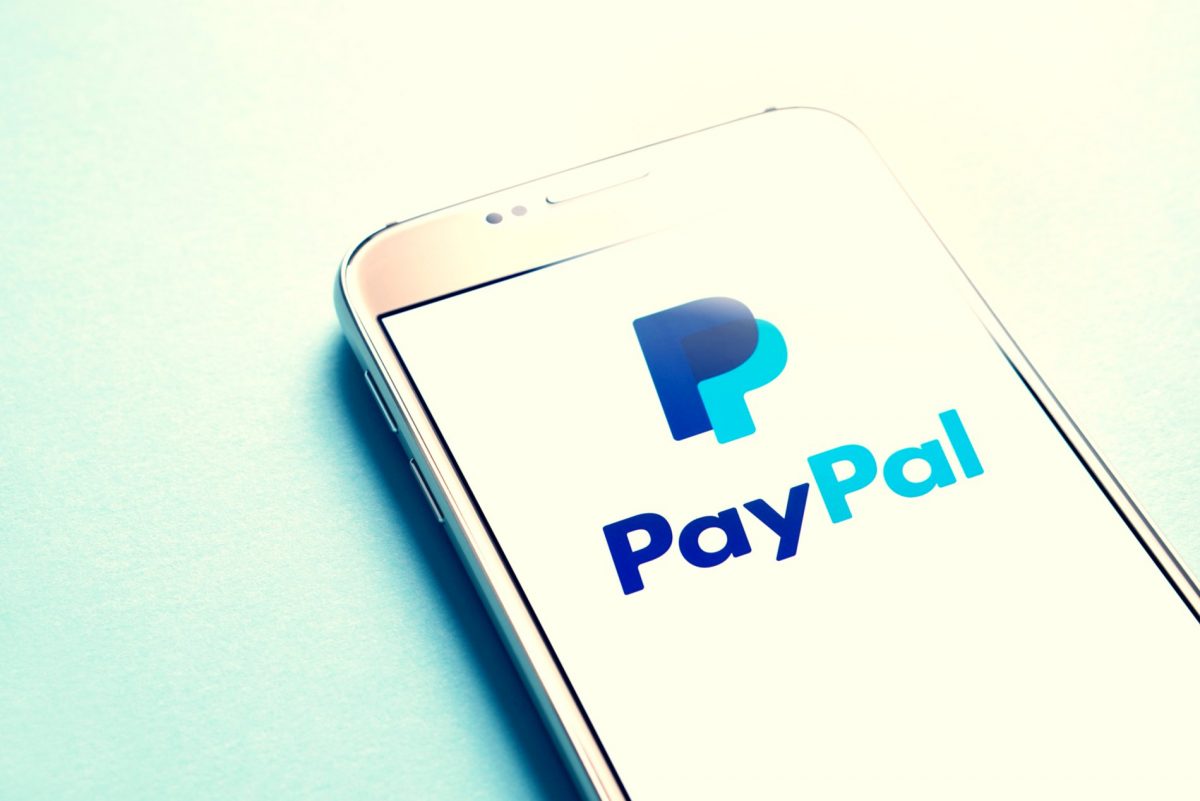 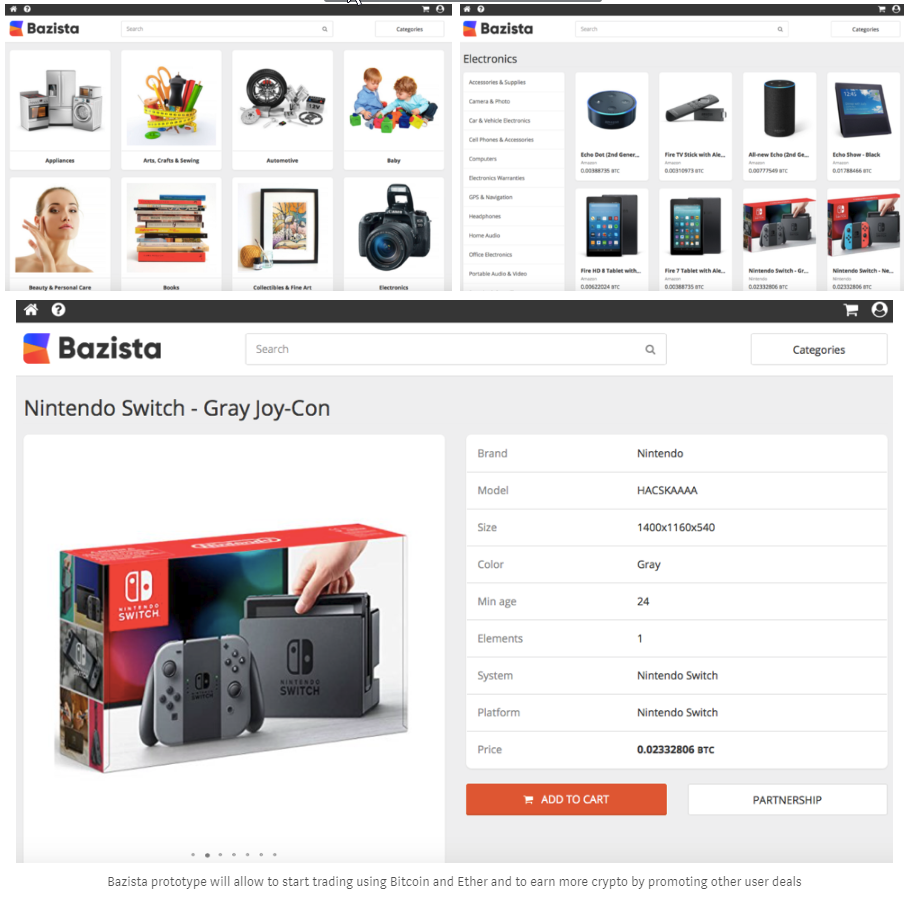 I advise several startups and Bazista is one of them. What I write here is my own opinion. You can read more about Bazista and why their token sale is worth looking at by visiting Bazista.io

In the short time I’ve been associated with Bazista, I’ve been impressed with their work on the current ICO, but more impressed by the company they are building.

It’s an ambitious goal. They are potentially disrupting the way we do e-commerce.

Bazista won’t be putting the multi-billion dollar competitors out of business anytime soon and quite likely those players will adapt to move away from dependence on fiat currency.

Where Bazista really shines is it’s ability to allow trading down to the the unbanked and barely connected parts of the world. They will be able to lower retail distribution markups and the friction of complex distribution systems. With lower transaction costs, security of smart contracts and ability to reach anywhere someone it connected, Bazita will empower billions of people when they want to buy or sell online.

Without a middle man.

A grand goal. Early work out of their development team looks like they will do it.

I won’t try to convince you of the ROI for traders or potential value of the ICO tokens. That’s in their white paper if you need it. What I AM here to tell you. There is a lot of good that can be done by Bazista and other startups who bypass institutions that have benefited the 1st world and been a hurdle for others.

Fixing this means a brighter future of billions.

Airbnb may be the biggest home-sharing game in town, but a new startup is trying to push its way into the market.

Enter CryptoBnB: the online home-sharing platform that wants you to pay for your couch-surfing stays using digital currency.

That’s right — this startup is combining two of this year’s trendiest topics — home-sharing and cryptocurrency — into one buzz-word extravaganza.

The CryptoBnB team says the advantages of cryptocurrency go beyond having a slick, high-tech way to pay for your room. The startup will use blockchain — the technology behind bitcoin and other digital currencies — to power its home-sharing platform. Blockchain is a decentralized digital ledger that facilitates secure online transactions between different computers, creating a record that can’t be altered retroactively.

Tariq Alwahedi, CryptoBnB’s founder, says by using blockchain for its transactions, the startup will create a secure platform through which it’s easy for a host to verify the identity of a prospective guest, and hard for a guest to leave fake reviews.

And the technology cuts out the need for a middleman such as Airbnb to facilitate the transactions between landlords and guests.

“The relationship can happen with hosts and travelers directly,” Alwahedi said. And the platform can automate many of the processes that otherwise would require human effort, such as compliance checks and record-keeping.

That means CryptoBnB can charge less. Airbnb charges guests a service fee of 5 percent to 15 percent of the cost of a reservation, and charges hosts another 3 percent. CryptoBnB, by contrast, will charge a total of 2 percent or 3 percent at most, Alwahedi said.

The technology also will learn about travelers as they use the platform, allowing it to tailor searches specifically to their preferences.