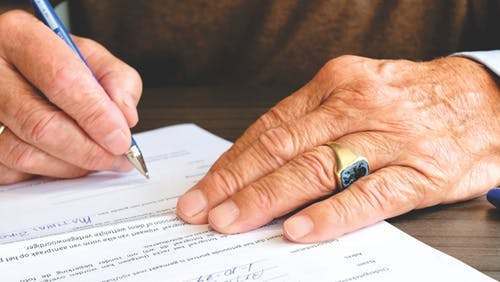 Colorado state governor Jared S. Polis has signed the Colorado Digital token act into law, according to a document published on March 6.

The digital token act which was initially proposed in January and sponsored at state level by Republican rep Jack Tate as well as Democratic party rep Steve Fenberg, provides limited exemptions for securities registration and traders, as well as salesperson licensing requirements for persons dealing in digital tokens.

The bill that has finally made it into law identifies a “digital token as a digital unit with specified characteristics, secured through a decentralized ledger and database, which is exchangeable for goods or services, and are capable of being traded or transferred between persons without an intermediary or custodian value”.

Some of the members of the private sector were left dejected with the legislator voting outcome while venture capitalist and blockchain investor David Gold said;

“This is an opportunity for Colorado to say, ‘Look, we’re going to provide an environment that provides clarity for the sector. That doesn’t mean charlatans can violate security laws.’ Those who oppose it simply don’t understand it.”

In early March, Republican Senator Jack Tate, together with representatives Jeni James Arndt, and Marc Catlin of the democratic and republican parties respectively, filed a bill that tasks the Colorado water institute at Colorado State University with studying the potential implementation of blockchain to manage a database of water rights.

Popular crypto publication Cointelegraph reported in February that two blockchain related bills had been passed in US state of Wyoming. Both Bills, one pertaining to the tokenization of assets and other relating to depositories serving blockchain businesses- and another introduced in January this year and will come into effect later in 2019.

The state of Colorado has easily been one of the most receptive states towards the Blockchain and cryptocurrencies in the United States. In a February 27 event the Colorado governor declared that Colorado was open for blockchain business. Polis just secured the gubernatorial seat a few months ago, but he’s been no stranger to crypto.

He being the first congressman to accept Bitcoin during his campaign explains why the state of Colorado is so crypto friendly. Colorado and Wyoming are some of the states that have taken the lead when it comes to championing for and supporting the Blockchain and crypto technologies.

This article originally appeared at: https://cryptonewsbytes.com/the-state-of-colorado-passes-crypto-exemptions-bill-into-law/cryptocurrency/.