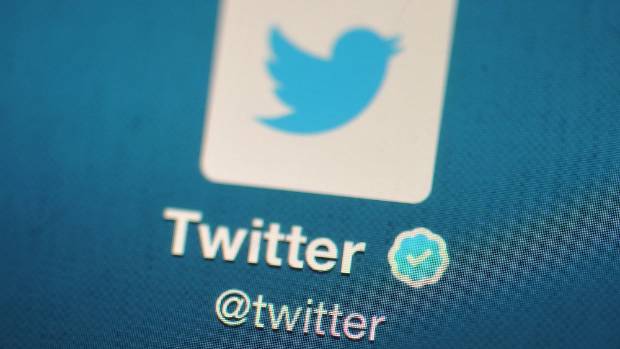 When Twitter was launched in 2007, even the founders had no idea what they had released. Co-founder Evan Williams said several years later that Twitter “was hard to define, because it didn’t replace anything”.

In retrospect, we can see now that Twitter had invented a new internet platform for short-form, public messaging. What’s more, it seemed to fit the ethos of the web, in that developers were using Twitter to build their own apps on top of.

Everybody was winning: Twitter grew like crazy, developers were inventing new ways to utilise Twitter data, and users had lots of cool new apps to play with (such as TweetDeck, Flipboard and TwitPic).

However, things went sour in 2011 when Twitter began exerting control over its platform. In March of that year, Twitter told external developers to stop building Twitter apps “that mimic or reproduce the mainstream Twitter consumer client experience”.

Suddenly we all realised the truth: Twitter was not an open platform after all. Indeed, it slowly got more and more restrictive for developers. In August 2012, Twitter introduced usage caps and other rules around use of its data.

Twitter imposed these restrictions partly to prepare for listing on the US stock exchange, which eventually happened in 2013. The company needed to funnel as much revenue as possible through its own website and official apps. Because if there is one thing Wall Street is obsessed with, it’s revenue growth.

Developers and early Twitter users felt betrayed. They were promised an open platform, and that dream had been snatched away.

On blockchain you could fulfil the early dream of Twitter to be an open, fully decentralised protocol.

Which brings us to blockchain technology and the token business model that accompanies it. Yes, the blockchain could be used to recreate Twitter – and many other applications. Specifically, on blockchain you could fulfil the early dream of Twitter to be an open, fully decentralised protocol.

Twitter isn’t a protocol, but it could’ve been. Let’s say I was creating Twitter today, in 2018, using a blockchain. I would decree a set of rules that specify what the content is (because I’m old-school, I’m going to specify 140 characters per tweet), what types of things I can do with the content (for example I’ll put in a heart button, to specify “like”), and a bunch of other essentially arbitrary rules.

I’ll call this set of rules a new internet protocol for short-form, public messaging. I’ll open source the codebase, to show that I’m serious about wanting this to be a new protocol that anyone can use.

Naturally, I’ll use a decentralised blockchain to store all of the data – so that no one entity owns it, and the data cannot be erased.

Okay, so I’ve created this new service, which I’ll call TweetBlock. I now want to incentivise users to start tweetblocking, and incentivise developers to create cool stuff on top of it. So I create a token, which I’ll call TWBL. I write a 50-page white paper and then sell the token in an ICO. I earn $100 million and run off with all that money.

No, I don’t do that! Because if I run off, the betrayed developers will fork the open sourced code into a new project. Besides, I’m proud to have created a new internet protocol and I want to stick around for the ride.

The token will be what drives growth in my awesome new open platform. Developers will build a bunch of amazing new apps, in order to earn tokens. Curious people will start using those apps; and they’ll be incentivised to be early users through a token reward system.

Suddenly there’s a tipping point! In Twitter’s case, it was geeks using the product at the SXSW conference in March 2007. Perhaps with TweetBlock, it’ll have a tipping point when the token rises 400 per cent on one day on CoinMarketCap.

I’ll stop the story here, but I hope you see the point I’m trying to make: it’s possible to create a fully open and decentralised web platform, using blockchain and the token business model as an incentive mechanism to drive growth.

I’m not the only one to have thought of a blockchain version of Twitter. Last year an early investor in Twitter, Naval Ravikant, sponsored a prize for someone to build a “decentralised microblogging service”.

Also there are a few young blockchain startups building Twitter-like apps. MatchPool aims to create “pools” of people who share common interests – it’s like a decentralised Facebook Groups. MatchPool has its own token, Guppy (GUP), to incentivise users. Another interesting blockchain app is Social, which describes itself as “a secure and private decentralised social network”. Its token is SCL.

So it’s definitely possible to reboot Twitter for the blockchain era.

Of course, the hard part is getting tens of millions of users. But at least the dream is alive for creating an open, decentralised alternative to Twitter.

Richard MacManus (@ricmac) founded tech blog ReadWriteWeb in 2003 and has since become an internationally recognised commentator on what’s next in technology and what it means for society.

This article originally appeared at: https://www.stuff.co.nz/technology/digital-living/101349742/building-a-blockchain-version-of-twitter.