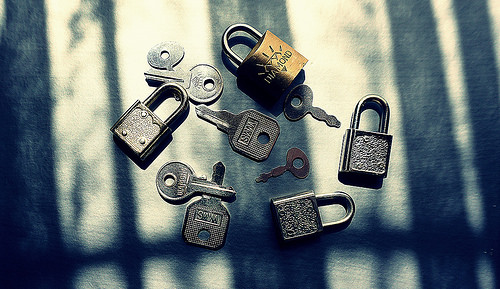 Ask any security expert how about the biggest gap in security and he or she will tell you that it’s the users. Users have to get into an application or database to use it, but that leaves us all vulnerable to any one person who leaves their machine or doesn’t secure their password.

Passwords may be a thing of the past once blockchain security becomes the norm for our individual records.

Here are some new companies to watch, applications and crypto replacing passwords.

uPort, identity registration for voging and other uses.

How a mobile app with blockchain security works

Users can register their identities on uPort’s mobile app to create a globally unique public address linked to an Generally speaking, it is a written or spoken agreement, especially one concerning employment, sales, or tenancy that is intended to be enforceable by law. In Ethereum, a “contract” is an account which contains, and is controlled by, EVM code. Contracts cannot be controlled by private keys directly; unless built into the EVM code, a contract has no owner once released.

Once the code is registered, a QR scan allows the user to sign into the Zug ID web portal:

After authentication via the portal, personal data is entered, including a previously issued Zug ID number:

To ensure fraud is avoided, the final step of registration must be done in person and with previously issued ID documents at the Zug records office.

uPort said that digital citizenship helps to “enable more trust between citizens and government agencies, but it also opens up new and significant opportunities for improved digital interactions between people and governments.”

Zug isn’t the only place to turn to uPort for identity provenance. The Brazilian Ministry of Planning, Budget, and Management, in conjunction with Microsoft and ConsenSys, have also worked with the Ethereum blockchain company pursuant to testing ID and document verification, as announced in August 2017.