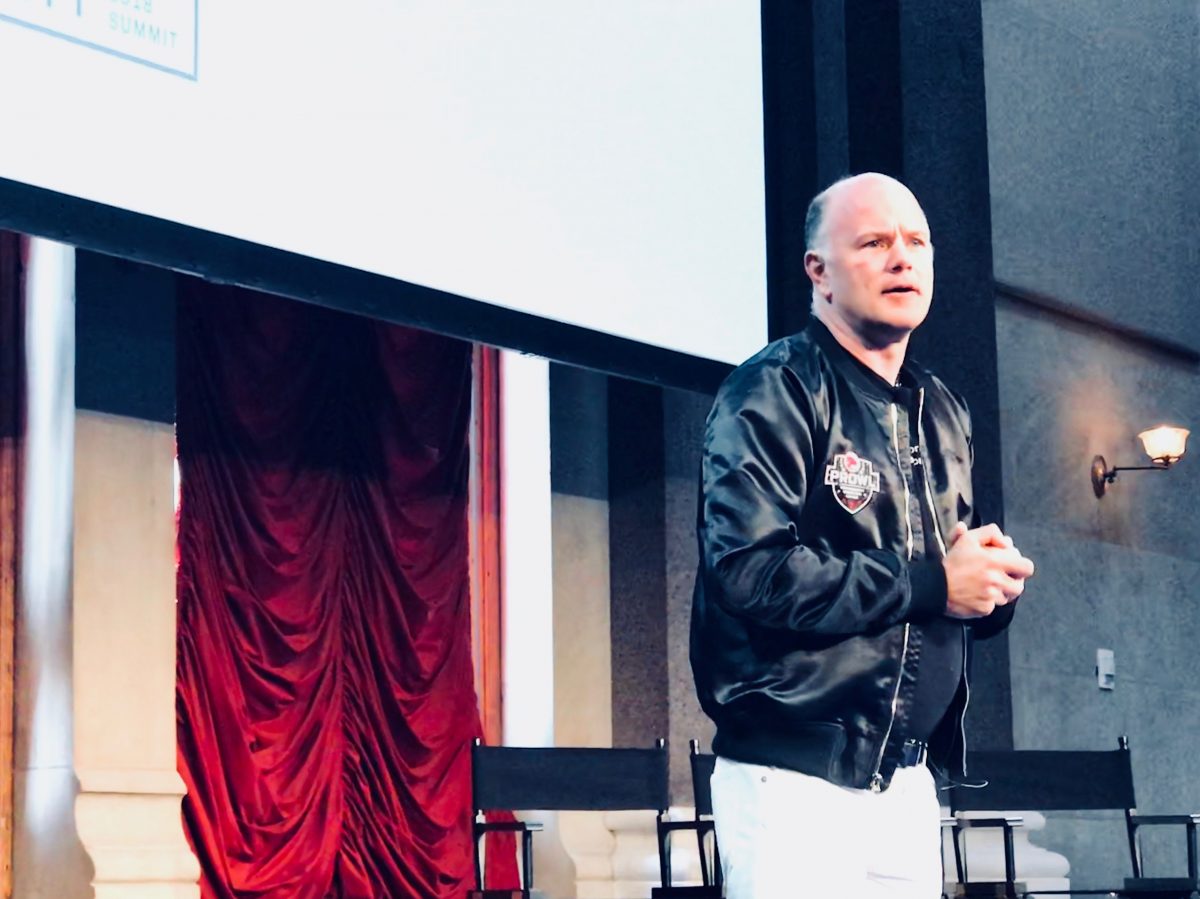 “This has been the people’s revolution,” Michael Novogratz of Galaxy Digital told the crowd at the Fluidity Summit in Williamsburg, Brooklyn on Thursday.

Speaking from notes written on the back of a paper plate, he added:

“We have never had a market mania led by retail before.”

But Novogratz came to talk about the move of institutional investors into cryptocurrency following last year’s dramatic boom in prices. Novogratz started his remarks by mentioning his company’s own big recent development, the launch of the Bloomberg Galaxy Crypto Index, which tracks the most liquid assets trading on blockchains.

“I’m hoping yesterday marks the beginning of the institutionalization of crypto as an asset class,” Novogratz said, because “big problems need big capital.”

And Novogratz emphasized that he believes that crypto’s big impacts will happen at the street-level, where regular people do things like rent rooms, ride cars and pay each other to do work.

“The decentralized revolution is going to have its biggest impact in the retail sense,” he said, but to get there it will take the investment power of the big institutions.

Describing recent meetings with staff at Deutsche Bank, the New York Stock Exchange and Goldman Sachs, Novogratz said he believes it is happening – and this year.

“There are three superhighways that all of you need to follow,” he advised the crowd of roughly 700 people.

First, computer science, where he said he tries his best to sit with his computer engineers and follow the technical underpinnings of the industry. He cited two immediate technical challenges, scaling and the proper balance between speed and security.

“We have a bet on EOS because I think people like speed and convenience. We also have a bet on ethereum,” because it has the most developers, he said. “My intuition is: we don’t need 100 blockchains.”

He also said his intuition tells him the problems of balancing security and network scaling will get solved.

Second, he pointed to token economics, saying: “It’s the coins that are exciting.”

“2018 is an important year because most of us as investors, myself included, didn’t think enough about how do these tokens work? And why do they have value?” he asked.

Typically, it’s argued that if a protocol doesn’t give reasons for buyers and sellers to hold onto a token, its value will drop to zero. Novogratz doesn’t believe that’s quite right though.

He argued that in, for example, a decentralized ridesharing protocol, a lot of riders and drivers will both hold onto a small amount of token as a speculative investment.

“The token is a future on how many rides a token can get,” he said. As the protocol grows, it will take less of a token to buy a ride and the value of coins will grow. “Even though that’s speculating on the future, it feels a lot like equity.”

Lastly, he mentioned institutional investors. “The institutional herd is on the move,” he said, adding that he prays every night that established players will get into the custody game to make it happen.

“We need custody to hit the tipping point,” he said, adding that the pension program of state employees in Wisconsin (for example) isn’t going to be comfortable using a startup for custody.

“I’m more bullish this year than I was last year.”

This article originally appeared at: https://www.coindesk.com/crypto-peoples-revolution-says-investor-mike-novogratz/.